The Chinese began to use snuff bottles to hold powdered tobacco during the Qing Dynasty (1644 – 1912). Although smoking tobacco was made illegal during that time, snuff was allowed because it was considered a remedy for common illnesses like colds, headaches and stomach disorders. It was carried in a small bottle, like other medicines. It is comparable to the snuff box used in Europe.

Tobacco was introduced to the court at Beijing sometime during the mid to late-16th century. After the Qing Dynasty made smoking tobacco illegal, the use of snuff and snuff bottles spread through the upper class, and by the end of the 17th century, the use of snuff was a social ritual. Eventually, the trend spread to the rest of the country and into every social class. It was common to offer a pinch of snuff as a greeting for friends and relatives. Snuff bottles soon became an object of beauty and a way to represent status— the rarer and finer the snuff bottle, the higher the owner’s status. Snuff bottle manufacturing hit its peak during the 18th century.

The use of snuff died out soon after the establishment of the Republic of China. However, replica snuff bottles are still made, and can be purchased in souvenir shops, flea markets and museum gift shops. Original snuff bottles from the Qing period are highly desirable for both serious collectors and museums. A good bottle is not only exquisitely beautiful but should have a wonderful tactile quality. After all, snuff bottles were made to be held. The most fascinating snuff bottles are those with paintings on the inside of them. 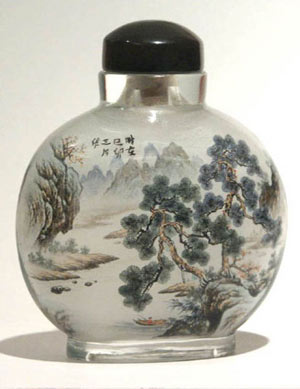 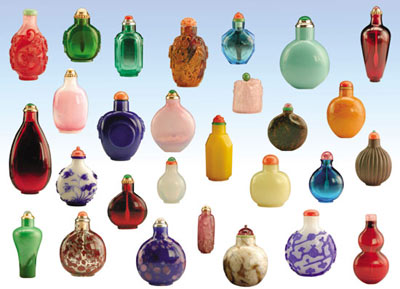